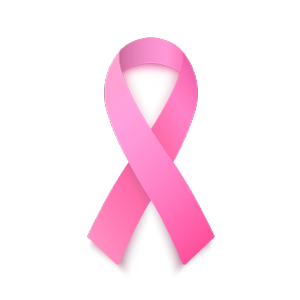 Keys to Buying Your Family SUV

Keys to Buying Your Family SUV

A family vehicle must have a number of features that are all equally important. The safety, size, design and different features all determine the car’s match for your family.

SUVs have become some of the most sought-after family vehicles around the world. However, it’s crucial for you to know that SUVs in general are not as safe as minivans. SUVs are designed to be taller -- a feature that makes them easy to drive for those of varying heights. Their greater weight paired with the tallboy design makes them prone to rollovers, particularly when driving at high speeds and over rough terrain.

On the other hand, minivans are lower, having less ground clearance and a low center of gravity. This makes them less susceptible to rollovers.

Although cars such as the CR-V, HR-V and Pilot are SUVs, their safety has been rigorously tested by Honda and also by the National Highway Traffic Safety Administration and found to be quite safe. Owing to features such as the ABS, traction control, anti-skid plates, and anti-roll bars, these vehicles have captured the hearts of many American mothers with two or more children to shuttle around every day.

Emission of greenhouse gasses by Honda cars are kept well within check by its design. However, you’ll have to perform regular checks to ensure that US EPA’s prescribed levels of greenhouse gas emissions are maintained.

Furthermore, a fuel efficient car is an eco-friendly car. The MPG of Honda SUVs and the Odyssey minivan are below 35, which is pretty good for the segment.

A car with great fuel efficiency, power and stability is a great find. Surprisingly, you may find such a car to be a Crossover. Nonetheless, don’t shy away from CUVs, their performance and utility could be just what you’re looking for.

All Honda SUVs and Minivans are built for the long haul and have the ability to handle heavy work such as towing or carrying heavy cargo. Their rugged build and upgraded appearances make them quite appealing, unlike their predecessors in the same segment just a decade ago.

Their power and stable handling (with the help of Electronic Stability Controls -- ESC, and superior suspension systems) enables them to tow heavy vehicles or loads such as a trailer, with ease -- a feature that comes in handy if you plan on going on camping or hiking trips during vacations.

Just a few years ago appearances did not matter and minivans were highly sought after. But the fad disappeared and folks began to look elsewhere for the cool-family car. However, owing to their greater stability and ease of use (getting in and out, loading and unloading), the minivans have been given facelifts and are making quite a comeback. The Honda Odyssey is one such example of a popular choice for a family car.

Despite the improvements in the minivan segment, their resale value is considerably lower than SUVs. So if you’re shopping for a car that you plan to replace in the next 2-5 years, opt for an SUV with a five star NHTSA rating or a highly-rated CUV.